“I tell you the truth, anyone who sneaks over the wall of a sheepfold, rather than going through the gate, must surely be a thief and a robber! 2 But the one who enters through the gate is the shepherd of the sheep. 3 The gatekeeper opens the gate for him, and the sheep recognize his voice and come to him. He calls his own sheep by name and leads them out. 4 After he has gathered his own flock, he walks ahead of them, and they follow him because they know his voice. 5 They won’t follow a stranger; they will run from him because they don’t know his voice.”

6 Those who heard Jesus use this illustration didn’t understand what he meant, 7 so he explained it to them: “I tell you the truth, I am the gate for the sheep. 8 All who came before me[a] were thieves and robbers. But the true sheep did not listen to them. 9 Yes, I am the gate. Those who come in through me will be saved.[b] They will come and go freely and will find good pastures. 10 The thief’s purpose is to steal and kill and destroy. My purpose is to give them a rich and satisfying life.

11 “I am the good shepherd. The good shepherd sacrifices his life for the sheep. 12 A hired hand will run when he sees a wolf coming. He will abandon the sheep because they don’t belong to him and he isn’t their shepherd. And so the wolf attacks them and scatters the flock. 13 The hired hand runs away because he’s working only for the money and doesn’t really care about the sheep.

14 “I am the good shepherd; I know my own sheep, and they know me,15 just as my Father knows me and I know the Father. So I sacrifice my life for the sheep. 16 I have other sheep, too, that are not in this sheepfold. I must bring them also. They will listen to my voice, and there will be one flock with one shepherd. ~John 10:1-16

So what does it actually take to follow the Good Shepherd? What does it take to please him? I read an interview with a shepherd who when asked what he liked about his sheep replied, “They come when I call their names. They love me. They paw at me and want my attention. They are responsive to me. They are not too afraid.” We have to trust what Jesus says in verse 10 is true – that he came to give a rich and satisfying life.

The amazing thing about our Good Shepherd, Jesus, is that he leads us in such a kind and gentle way that running when He calls our names ought to be so simple. He asks us to be obedient in small daily moments and when we take one faith-filled step after another, suddenly He’s taken us on an incredible journey we never thought possible.

My freshman year of high school, two students in our community, one just a grade ahead of me, had serious heart surgery. Both were named “Pete” and our teachers rallied the entire school to do something special for them. We began a campaign called “Pennies for Pete.” Admittedly, I was skeptical. What good can a lowly penny do? And yet, by the end of the event, over 900,000 pennies covered to gym floor – that’s 9000 dollars in pennies. And believe me, every single one counted. When you are faithful with little things, the Good Shepherd is able to make it something very big. 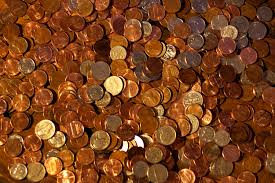 Christmas 2004 one of the largest tsunamis in history struck SE Asia, including the small island nation of Sri Lanka. And though I was smack dab in the middle of a rigorous doctorate program, I felt an undeniable call to go that can only be explained as the voice of The Good Shepherd. And so I found myself committing to go half way across the world for 5 weeks that summer. However, there was a significant barrier to overcome – money. I was a flat broke graduate student living on credit card debt and student loans. How could I pay the thousands and thousands of dollars the trip was going to cost?

With one obedient step after another in the form of postage stamps, I sent out letters to friends and family trying to explain the unexplainable – that I was putting grad school on hold to go to Sri Lanka simply because I felt Jesus wanted me to go. And within days, letters began to return containing donations – unbelievable amounts of donations. The donations didn’t just cover the cost of my own trip, but paid for half of a teenager who’s fundraising efforts didn’t go quite as well AND covered the cost of taking many more supplies for the local children than we thought would be possible. God takes small steps and turns them into incredible journeys. 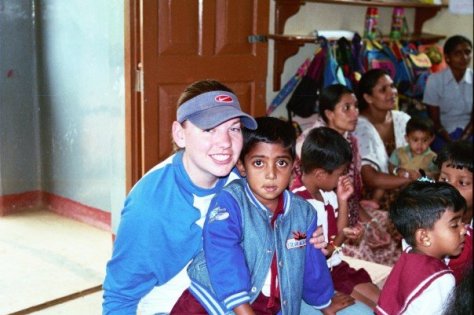 And you are never too young or too old to be obedient in the small things. After learning of how desperately in need of clean water people in Africa are, three 5th grade students begged, badgered, and pleaded wit their mothers to allow them to do something to raise money for a well. And the moms finally relented in furnishing everything necessary for a killer lemonade stand complete with baked goods, custom crafts, and homemade bookmarks. In one morning these faithful followers of the Good Shepherd had raised 705 dollars.

Jesus simply asks us to trust where he leads and to be obedient and faithful in the small things. A kind word makes a huge difference to someone who feels defeated. A simple heartfelt prayer falls on the attentive and eager ears of a good Father who gives good gifts. And forgiving someone who has wronged you brings healing and freedom. Jesus simply asks us to be faithful in the small things and let him reveal how they will lead to incredible things. And what’s even better is that we are not accepted because we do good things, we are free to be good because we are accepted. We don’t only have a Good Shepherd, we have the BEST SHEPHERD.

Do you recognize His voice? Do trust him enough to follow His voice? Do you believe He’ll turn your small faith-filled steps and turn them into a rich and satisfying life?

Dr. Karen Cleveland is the founder of MND GMZ Ministries, an organization committed to proclaiming the truth about Jesus and reclaiming the rules to finding true identity in Christ. Dr. Karen is passionate about sharing the truth that our identity as a beloved child of God is found in Christ alone and not in the things of the world. Karen earned an MA in Theology and a Ph.D. in Clinical Psychology from Fuller Theological Seminary in Pasadena, CA. She currently resides in Pella, IA. She is a lecturer at Central College, where she is also a proud alum, and maintains a small clinical practice at Pine Rest Christian Mental Health Services.